A downloadable game for Windows, macOS, and Linux

AFTER SCHOOL is a short videogame entirely handpainted on paper, using pencils and watercolors. It's a collaboration between students in Game Art at ECV Bordeaux (backgrounds, characters & animations) and Atelier Sentô (story, music & programming). It was done in 2 days during a masterclass.

>>> More infos and pictures about the making of this game.

You can support our next game project on: patreon

Was this such a mysterious little visual novel (or I assume it is?). The ending made me confused for a bit but I started piecing it together and have a little theory in my mind, but despite that the hard work of the art team really showed because the backgrounds were so lovely and picturesque! The music was startling because of how loud it was but after lowering the volume I began appreciating it as it help accentuate the experience. The story is very mysterious and straightforward in its dialogue but I liked it a lot! Great job to everyone for their continuous hardwork~!

Reply
dakter2371 days ago
This game is amazing, in terms of story and visuals the pictures are very good, keep it up... :)
Reply
Kevx74 days ago

This was amazing to all be done in 2 days. Art was great. Story kept you guessing.

Very impressed and a massive well done to all involved... :)

I have loved all your games and hope to see more of your beautiful story driven creations.  The illustrations are divine and the folklore is also a nice touch.  Thank you so much for your artistic talents!  I felt so sad for the little school girl for anyone that has had such a longing unfulfilled.

Your words are very welcome. You're glad you liked this sad little story.

I think I found a bug. After you put one candle, but haven't finished the ritual, it's possible to walk away from the altar far to the left, to the very beginning of the road.

Thank you for the bug report! We hope it didn't ruin too much the experience for you. Sorry about that and thanks again!

Reply
miipuffs vtuber1 year ago(+1)
I made a video of me playing the game!

I immediately fell inlove with the art, the music, the colors, the overall atmosphere of the game was beautiful. You did a good job in portraying the fear of someone’s love that they’ll leave and never get the chance to speak to them again. I really love how you shared and wrote the story and I will be looking forward to playing your other games!

Thanks a lot for the feedback and the video! We really appreciate!

One of the best games I've ever played

I wish a girl would stare at me through my window.

Of Course! It's wonderfully made. :{

The story and the art style is simple and short. The atmosphere is heart warming and calm. Somehow I can relate to the girl :'(

Still confused about the ending tho ;-; why is the book the boy read has a drawing of the girl in it? I don't know much about Japanese supernatural.

Thank you! About the ending: The girl makes a wish and the wish is fulfilled in a twisted way.

Nice game i really like it! IT has good music and visuals. Hope you like my video :)

I love the art style! The story was good and sad at the same time. I wish there was more to do but I appreciate the game all the same. I did a playthrough for my channel, I'll link it below if you're interested.

Thanks a lot for the feedback! We're glad you enjoyed the game!

The ambiguous ending and the atmosphere was brilliant. Loved this <3  and the work put into this game made it beautiful and artistic <3

Thank you! We're glad you liked our little game.

I love the art I just wish I had more options 😭

I didn't quite get the story maybe I'm just slow or something but the art is gorgeous!

beautiful artstyle. can't wait to play more of your games

I enjoyed Yuurei Station, so I thought I'd come play another of your games. I love it! Amazing art as before!

Thanks a lot for your kind words!

I'd played & enjoyed the original Nov 2015 version of 'After School'.

Are there any gameplay differences between the recent 30 Dec 2018 upload & the original 2015 version ? Or is the 2018 version merely using an updated Unity engine ?

It's mostly an update to make the gameplay smoother: the transition between the scenes, the character speed, the dialogue speed and the menus have been improved for a better experience. But the game (story + graphics) is the same.

Note : I'm sorry if my English is bad.

Thanks a lot for playing our little game! We're glad you liked the art style and the story!

This game was really beautiful and I loved how the story played out! I enjoyed the flow and the scenery!

Thanks a lot for playing! We're glad you enjoyed our little game!

Reply
Raithias4 years ago
I enjoyed the art  style of the game. Had good story elements was a shame there wasn't really much interaction or, choices for the player to make.
Reply
Atelier Sentô4 years ago

This one is one of our first experiment with students so it doesn't have that much interactions.
Our following games have a similar art style and far more interactions and choices, so you may be interested!
Thanks for the video!

This was great, thanks!

Thanks a lot for playing!

A really beautiful game. The story is excellent. We love the art style (like in your other games).Another masterpiece from Atelier Sentô.

Here is a short video we made while playing:

Keep up the good work!!!
Reply
Atelier Sentô4 years ago

Thanks a lot for your kind words!
This game is one of our first experiment with students so it may not be as polished as the following ones.
We're glad you liked it anyway!

its a great story!! But it feel creepy too

That's one compelling "story-in-a-storygame" supported by a beguiling soundscape.

Or is it just a straightforward "sad secret love" story ? Curious questions arose in my mind after I researched the Japanese supernatural allusions in the game ...

Is the schoolgirl protagonist an Oni (おに) worshipper ? Or could she instead be an Oni disguised as a schoolgirl, thus her/its habit of walking the rural lanes after sunset ?

What a emotional experience.

I was born and raised in Japan, and I feel nostalgic about this game (pastral landscape, singing of insects, バス停). Arigatou!

Oh, thank you so much! We glad you liked our little game.
We feel very nostalgic of Japanese landscapes too. It's such a beautiful country...
Thanks a lot for the video!

Not to bee nitpicky, but how are you nostalgic about Japanese landscapes if you never even entered the country before adulthood?

Because we don't live in Japan anymore and we miss those landscapes so much.

...wow, such a dedication to deliver this marvelous art in two days *millions thumbs up and loud cheerful claps*

Although short, it has been a sublime experience through the girl's perspective and...

...yeah, you just heard pieces of my heart shattering at that turn of event in the end of the narrative :')

Oh, thank you so much for your very kind message!
This game was done during a workshop with students so we had no idea of how it would look like in the end.
We're glad you found it as moving as we wanted it to be.
This is a huge compliment and it will motivate us to create more games like this one!

Thanks a lot for playing!

What a wonderful, yet sad, game. Your artwork was beautiful and seeing each frame put together in a working game this way was stunning. Well done to all involved and well done on the games since this one that i've played and not realised were yours!

Thank you! It was a great experience for us to work with Game Art students.
They did a good job with the graphics. It's great to collaborate with so many people since we usually work alone.

Well you were all superb. Make moar! :D  I bet you guys could pull off a really atmospheric horror too, your art and style is perfect.

Since Yûrei Station, this is something we're thinking about.
We love horror and we'll probably do a horror game, one of these days.

I loved the yurei station game so I thought I would try this one out to! And again I really Love the art style and everything about this game even the story! Great job!

Thanks for playing! We're glad you liked the art style and the story !

This is one beautiful well made love story!

Honestly as I played the yurei station I had to play this one :)! Can't wait for more of your games!

Thanks a lot for playing! We'll probably release another of these games in the coming months!

I absolutely love these your guys games! I played Yurei Station a while ago and had no idea you did two before that.  Again amazing art style and very Miyazaki feeling! Keep them coming!

Thanks a lot! We're glad you liked it!
We'll try to create more games with that kind of style and story.

Enjoyed the short story and I really liked that everything was hand drawn. Very awesome game. great work! Loved playing After School

Thanks a lot for playing our small game! We're glad you liked it!

This game is awesome and has the same cool look as yurei station great job :D

Thanks for playing! We're glad you liked it!

This game is another amazing project from these students! Beautiful and well done!

Thanks a lot for playing our little game!

I absolutely had to play this after playing through Yurei Station! Another great story with beautifully drawn backgrounds!!!

It was one of our first games so the text runs too fast. We should take time to fix that! Sorry!
But even with this problem, you did a great work with the voice acting as usual!
Thanks a lot for the video: we enjoyed it a lot! 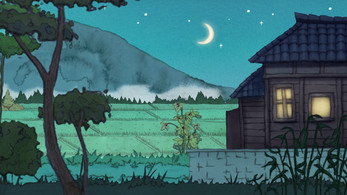 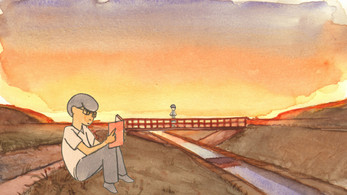 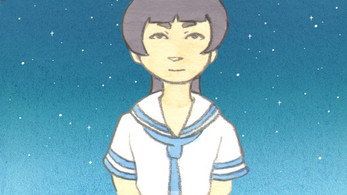 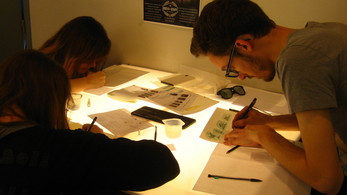 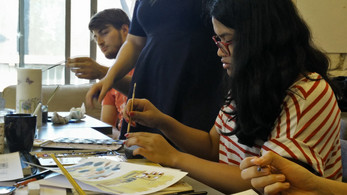 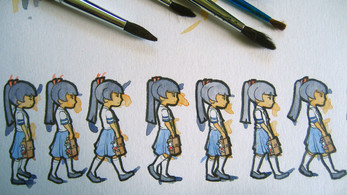